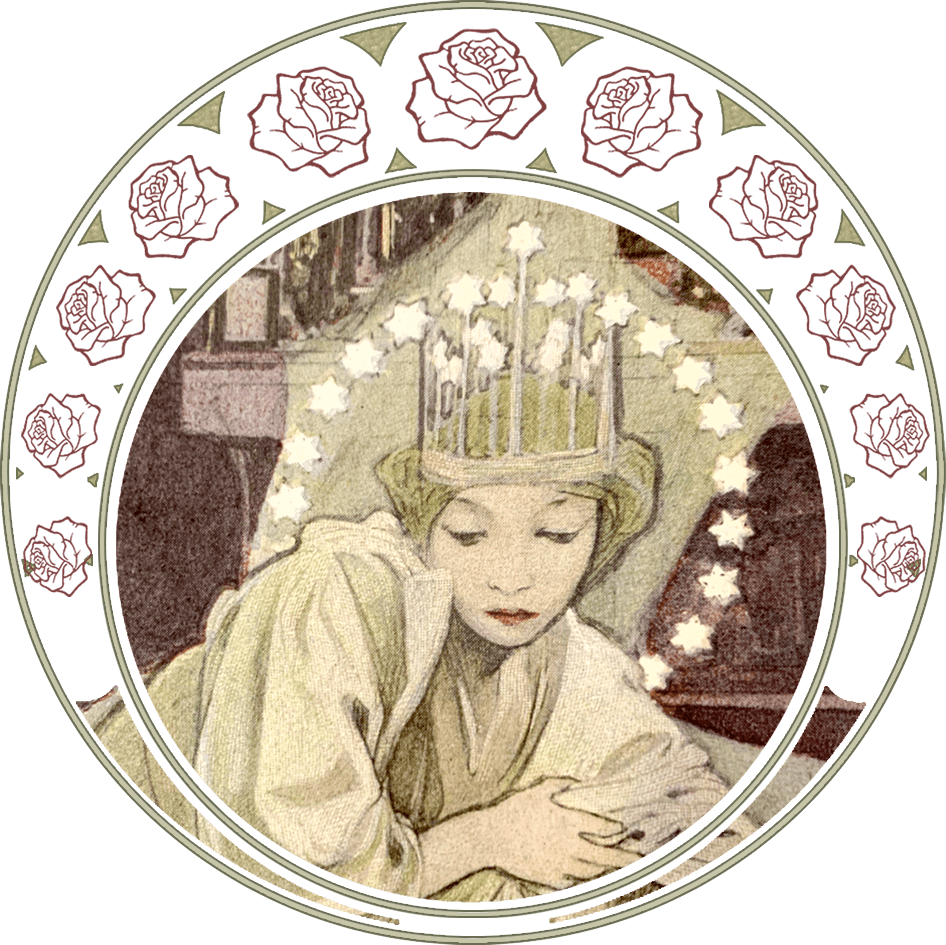 Welcome to the lineage of Biomancy, rooted in the feminine mysteries of Sophia, and the earth-centric traditions of a living planet within a living cosmos, emanating from a deep mystery. Within the Alchemical traditions of Sophia, there is a pathway of ideas that have been strung across time like a brightly colored prayer flag, ushering us on a pilgrimage to gnosis.

Various colleges of initiates have stewarded this lineage across time, including the temple priestesses, the womb shamans, Ophites and gnostics (including Jesus, Magdalene, Simon Magus, Helen, John the Baptist), the oracles of sacred sites (often on volcanic land or springs), the witches and folk magicians, the chantresses, keening women, medicine women of different traditions, the mystery school adepts, the Christian mystics, Cathars, Templars, the medieval alchemists and scientists, and the artists, poets and bards who encoded the forbidden wisdom in music, art, myth, and poetry.

“Magic is believing in yourself, if you can do that, you can make anything happen.”

In our modern era, the lineage keepers of these western mysteries of Alchemica Sophia have included mystics, philosophers, metaphysicians and psychologists, such as Carl Jung, Wilhelm Reich, Albert Einstein, Rudolph Steiner, GRS Mead, Margaret Murray, Doreen Valiente, and Marija Gimbutas to name but a few of those who have rewoven the lineage again.

Often there is no linear structure to the way these teachings have been kept and passed along. It is more of a pollination or a spontaneous blooming in which ideas keep regrowing. So even though many different groups of people may be held within the garlanded archway of Alchemica Sophia, it does not mean their beliefs are always strictly synchronous. Sophia is the foremother of the lineage family tree with many varied and different branches.

For our Ancestors science and magic were not separate – they existed on a continuum, and it was understood that a magical and practical reality was entangled and interwoven. These two realities, described as Middle World and Otherworld, quantum physics and Newtonian physics, were complements to each other and were part of the Sacred Balance of all existence, like two sides of a co-joining coin. One reality gave us stability and certainty, and was denser and slower to respond to magic, with a more fixed set of laws. The other reality was more fluid, residing in possibility and potential, where magical effects could happen instantaneously. This balance of possibility and movement with stability and certainty is the force that unites all life.

Alchemica Sophia lineage-weavers respected all aspects of reality in the weave, and had deep knowledge about working with both the denser principles of matter and the possibilities of magic, especially the creative feminine chaos magic that underlies all life, known as Shakti or Anima.

The magical lineage that Biomancy draws inspiration from is based on the lineage of the feminine Mystery Schools, that taught about an ensouled world and body (rather than the disembodied philosophies of dualism). Biomancy is dedicated to this living lineage of wisdom, devoted to Sophia, which evolves and re-emerges to meet the needs of its time and to find new words for ancient ideas. Biomancy includes ecomancy and astromancy.

Bio magic and Eco magic is a reemergent pathway that will come to define our future. Biomancy sits within this lineage of wisdom and philosophy, bringing its own unique weave and perspective to these traditions. In alchemical traditions it is believed that each generation needs to reweave and reimagine the old stories and teachings, so they can evolve with a living spirit. Biomancy is the co-creation of Azra Bertrand and Seren Bertrand, and is led by Dr Bertrand with his unique blend of spiritual and scientific training.

Dr Azra Bertrand is dedicated to courting this living wisdom of Sophia, entangled in a participatory co-weaving of earth, including all her creatures and beings and the cosmos. This conscious great weave of creation is the source of the greatest gift - our embodied magic. He places a feminine philosophy, ecology and cosmology as the centerpiece of the work of Biomancy, a feminine essence which includes all genders and expressions within its weave.

He is particularly interested in merging the magic of soma and psyche, so we can access the brilliance and potential of the invisible imaginal realms with the psychic somatic power of the body, in a new cosmic mythos. By uniting body and soul, the body becomes an imaginarium for the dreams of God.

"The difference between the psyche and body is artificial...in reality, there is nothing but a living body. That is the fact; and psyche is as much a living body, as body is living psyche. It is just the same."

This European lineage has particular significance for Dr Bertrand, as one of his great maternal ancestors was Christoph Wilhelm Hufeland (1762 – 1836), a German physician, writer and philosopher who was a friend to, and personal physician of, Johann Wolfgang von Goethe.

Christoph Hufeland studied medicine and was educated at Weimar, where his father held the office of court physician to the grand duchess. He was interested in many esoteric subjects, including Chinese Alchemy and the spiritual science of longevity. He was also an early supporter of naturopathy and homeopathy, and proposed the vital life force that Reich also believed in.

His most widely translated book was Macrobiotics: The Art of Prolonging Life, which later influenced George Ohsawa, founder of modern macrobiotics (whose legacy, by happy coincidence, Dr Bertrand studied at the Institute of Macrobiotics, creating an accidental lineage ‘loop’.)

This fascination with the possibility of biomagic seems to run through his ancestral bloodline, and has been a lifelong fascination and dedication.

Dr Bertrand also undertook a four-year apprenticeship with a physician who practiced darkfield microscopy, a modern form of blood divination – where a person’s wellbeing is divined in their blood. Blood magic was a core principle of our ancestors who knew that ‘the blood is the life’.

Along with his co-creatrix, Seren Bertrand, he believes this lineage is ready to rebirth, like a beautiful green snake shedding its skin, evolving to channel the beauty and joy of the feminine mystery. Many of the old texts are dull and dense, and lack that vital spark of aliveness. At its heart, Biomancy is not a subject to study in libraries, but to live and embody shining energy.

It’s about magic. The incredible potential for love, life, wild creativity that lives within all of us. Biomancy is alchemy rooted into the future – birthed directly through the magic of embodiment and the shimmering possibility of creating a new way on earth that speaks to the modern world. Biomancy is a living stream of practice, connection and wisdom, to reenchant our disconnection and separation from the flow of life, so we can come home.

Tell a wise person or else keep silent
for those who do not understand will mock it right away.
I praise what is truly alive
what longs to be burned to death.

In the calm waters of the love nights
where you were begotten, where you have begotten
a strange feeling creeps over you
as you watch the silent candle burning.

Now you are no longer caught in the obsession with darkness
and a desire for higher lovemaking sweeps you upwards.

Distance does not make you falter,
now, arriving in magic, flying
and finally insane for the light
you are the butterfly, and you are gone.
And so long as you have not experienced this: to die and so to grow
you are only a troubled guest on the dark earth. 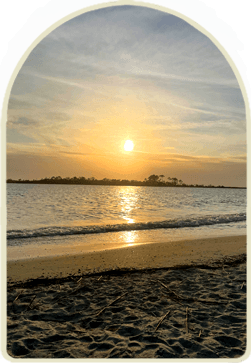 It's time for a quantum shift in our approach to healing and awakening, to include biomagic
Read More 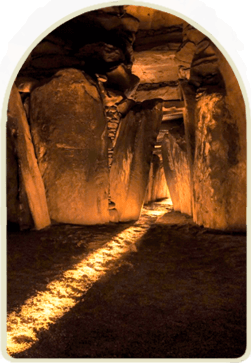 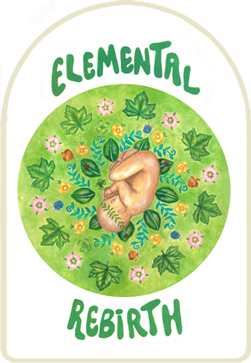 We are shaped by maternal genetics in the womb. But we can shapeshift our genes…
Read More

Sign up to my newsleter for all the latest news

We value your privacy and promise to keep your details safe.

No spam, ever. Emails are never shared.

Something went wrong. Please check your entries and try again.